Family of Dutch cartographers and globemakers. 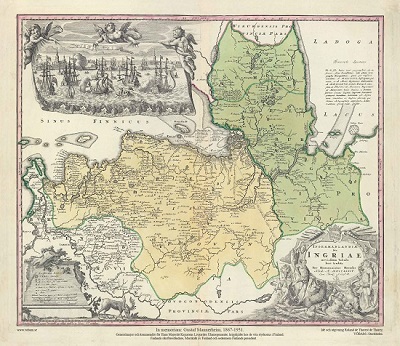 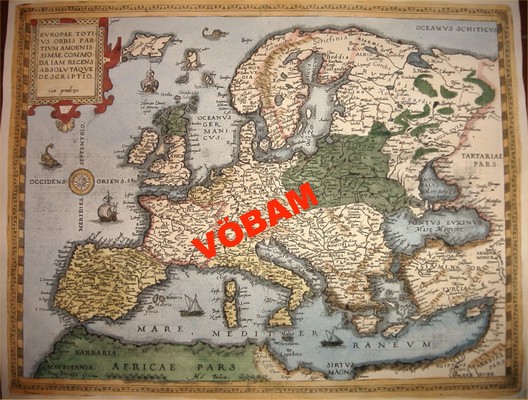 The name of Vingboons, the Dutch cartographer of the middle of the 17th century, became known to a wider circle of students of cartography only recently. It was not until this century (1925-1935) that his works were reproduces and described for the first time by the eminent Dutch Scholar Dr. F. C. Wieder in his ”Monumenta Cartographica”. Vingboons’ work was considered so important for the history of Dutch cartography and of Dutch colonization that Dr. Wieder thought it necessary to devote to the description and reproduction of these works 47 tables of a total of 127 and 81 pages of the text of a total 0f 207 (footnote 1). Thereby Wieder’s work has gained in importance to Dutch scientists. If we recall that Wieder has also published a short note on Vingboons’ globe (footnote 2) and that J. Keuning has written a biography of Vingboons’, (footnote 3) we exhaust the list of what has to date been printed on his life and work. Information about his work as an engraver and drawer is likewise scarce. A reference to his work as an artist is given by F. C. Waller in Biographische Woordenboek v. Noord Nederlandsche Graveurs, Haag 1938.

Waller’s brief statement concerning J. Vingboons: ”a cartographer, engraver, publisher, artist, born in Amsterdam 1616/17, dead 1670, worked in Amsterdam in the years 1645-64” is practically all we know about Vingboons’ life. Keuning, whose work we have already noted, gives considerably more information about a J. Vingboons, but does not state, whether it refers to our Vingboons or another J. Vingboons, about whom a few details are given.

Dr. Wieder’s work have, however, brought the figure of J. Vingboons as a cartographer and draughtsman into sufficient relief. At present, nearly 240 sheets of maps, plans and views, with or without Vingboons’ signature, are found in different libraries. Some collections include separate sheets which are identical or closely resemble each other. The greater part of these sheets have been or still are assembled into atlases.  Of the atlases extent at present, three volumes are in the Vatican. A similar atlas happened to fall in the hands of the Amsterdam antiquarian Fredrik Muller & Co. It had originally belonged to the cartographic firm Wed. Gerard Hust van Keulen in Amsterdam, subsequently taken over by H. G. Boom. Muller broke up the atlas into separate sheets and sold the sheets at public sales in 1885. The maps were scattered all over the world, but Dr. Wieder succeeded in finding many of them. In 1932, sixtythree maps out of a total of seventysix given in the catalogue had been traced; of these, thirtyfour were in Brazil, five in the Bibliothčque Nationale in Paris, thirteen in the Library of Congress in Washington and eleven in Rotterdam. One of the sheets located at Recife (Brazil) bore the number 114, suggesting that Boom’s atlas had had at least 114 sheets. The whereabouts of the missing sheets are still not known.

The library of Laurentiana in Florence also has an atlas by Vingboons, containing 67 sheets. Separate sheets, many of which have never belonged to the atlases are found in different collections: in the State Archives at the Hague and in the National Library in Vienna. In the latter there are two types of sheets: (1) by Vingboons in his own hand and (2) copies of his maps included in the well-known ”Eugčne”-Atlas.

All these maps are drawn by hand on paper bearing water-marks later than the year 1652. Their production must be referred to the years 1650-1670, chiefly to 1665-1670. The maps in the copies at the Vatican showed the Americas as far as their exploration to date allowed, the Atlantic coast lands of Africa. The maps in the collections in the Hague, in the State Archive, and in Florence, in the Laurentiana, - embrace Africa. – the littoral of the Indian Ocean,  - as well as the coasts of Asia as far north as Japan. The Vatican atlas includes general maps; the North Sea, the North Pole, Spitsbergen, the Americas and North America. Also the Vatican Atlas contains a map, in 56 separate sheets, of the possessions of the West India Company; it shows both coasts of America and the Atlantic coast of Africa on a scale 1:1.500.000. The map is supplemented by views and plans of these regions.

A hitherto unknown series of Vingboons’ maps has been found recently in Sweden. This series is markedly different from others and is complete in itself; it is composed of 4 sheets of the same size, whereas all the other maps we have described above are drawn on sheets of various sizes. The maps which are now in Sweden have been drawn in coloured ink on parchment; they carry coloured vignettes and describe the North and the South Polar areas, the Pacific and Atlantic Oceans, (in fact they show the coast lines of all continents and islands that were known at the time).  These maps are:

The map is drawn on Mercator’s projection with loxodromes. It embraces the entire eastern part of the Pacific Ocean (the western part  was shown in the next map), all of America then known (California is represented as an island), the Atlantic with Europe and Africa. Africa, including Madagascar, is also shown as part of the Indian Ocean littoral.

Mercator map, with loxodromes. Beginning with Africa’s Atlantic coat south of the equator, it embraces the entire southern part of Africa and Asia, the Indian Ocean as far as parallel 50 south and the then known parts of Australia without its eastern part,  so that it joins New Guinea in the north. South east of Australia, the southern part of Tasmania is already drawn, with an indication of the year, 1642, of its discovery. Asia’s eastern coast as far as the southern most Kurile Islands – the results of the expedition of M. de Vries in 1643. He assumed that beyond the straits of the southern Kuril Islands lay America . There is s also a group of the islands of Oceania between Australia and Japan.

The map is on the polar projection. The circle of Cancer is the approximate limit of the map; owing however, to its square shape, the circle is broken by the map and thus the map does not include the entire coast lines of America, Africa and Asia; outside the circle, to the south thereof, the Red Sea, Mexico and Cuba are represented on the map. The empty corners of the map are adorned with vignettes.

The map of the southern hemisphere in the polar projection. The corners are filled with vignettes representing the four elements.

These four maps are interesting because they form a set embracing the entire globe. In actual fact they are sea-maps, as only the coastal regions are shown on them and no details are given in the interior of the continents. The maps are on different scales in order that they may include all that was required on each specific map. The maps overlap each other; accordingly there are no breaks and all the parts of the world as it was known at that time are represented on one map or another. Geographic discoveries up to the beginning of the second half of the 17th century are recorded on them.

This series of maps is in a private collection in Sweden. It has long been in Sweden and was probably in the possession of the well-known statesman Baron Klas Brorsson Rĺlamb, a contemporary of Vingboons.

It is interesting to note that the Vatican Atlas has also been in Swedish hands, having once belonged to Queen Christina.