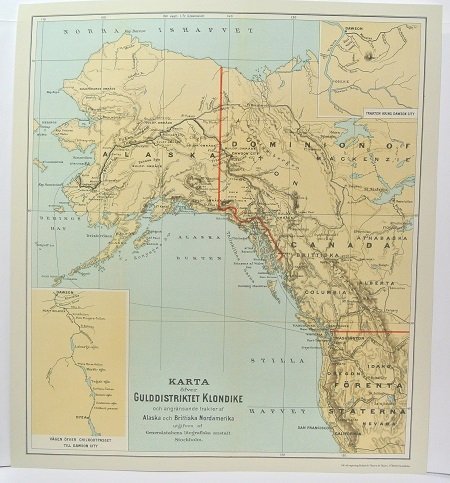 Biografiska uppgifter:June 14, 1726 - December 16, 1798.
Was a Welsh naturalist and antiquary.
The Pennants were a Welsh gentry family from the parish of Whitford, Flintshire, who had built up a modest estate at Bychton by the seventeenth century. In 1724 Thomas' father, David Pennant, also inherited the neighbouring Downing estate from a cousin, considerably augmenting the family's fortune. Downing Hall, where Thomas was born in the 'yellow room', became the main Pennant residence.
Pennant received his early education at Wrexham grammar school, before moving to Thomas Croft's school in Fulham in 1740. In 1744 entered Queen's College, Oxford, later moving to Oriel College. Like many students from a wealthy background, he left Oxford without taking a degree, although in 1771 his work as a zoologist was recognised with an honorary degree.
At the age of twelve, Pennant later recalled, he had been inspired with a passion for natural history through being presented with Francis Willughby's Ornithology. A tour in Cornwall in 1746-1747, where he met the antiquary and naturalist William Borlase, awakened an interest in minerals and fossils which formed his main scientific study during the 1750s. In 1750, his account of an earthquake at Downing was inserted in the Philosophical Transactions of the Royal Society, where there also appeared in 1756 a paper on several coralloid bodies he had collected at Coalbrookdale, Shropshire. More practically, Pennant used his geological knowledge to open a lead mine, which helped to finance improvements at Downing after he inherited in 1763.
In 1757, at the instance of Carolus Linnaeus, he was elected a member of the Royal Swedish Society of Sciences. In 1766 he published the first part of his British Zoology, a work meritorious rather as a laborious compilation than as an original contribution to science. During its progress he visited the continent and made the acquaintance of Buffon, Voltaire, Haller and Pallas.
In 1767 he was elected a fellow of the Royal Society. In 1771 his Synopsis of Quadrupeds was published; it was later expanded into a History of Quadrupeds. At the end of the same year he published A Tour in Scotland in 1769, which proved remarkably popular and was followed in 1774 by an account of another journey in Scotland, in two volumes. These works have proved invaluable as preserving the record of important antiquarian relics which have now perished. In 1778 he brought out a similar Tour in Wales, which was followed by a Journey to Snowdon (part one in 1781; part two in 1783), afterwards forming the second volume of the Tour.
In 1782 he published a Journey from Chester to London. He brought out Arctic Zoology in 1785-1787. In 1790 appeared his Account of London, which went through a large number of editions, and three years later he published the autobiographical Literary Life of the late T. Pennant. In his later years he was engaged on a work entitled Outlines of the Globe, volumes one and two of which appeared in 1798, and volumes three and four, edited by his son David Pennant, in 1800. He was also the author of a number of minor works, some of which were published posthumously. He died at Downing.
The correspondence he received from Gilbert White was the basis for White's book The Natural History and Antiquities of Selborne. Unfortunately Pennant's letters to White have been lost.